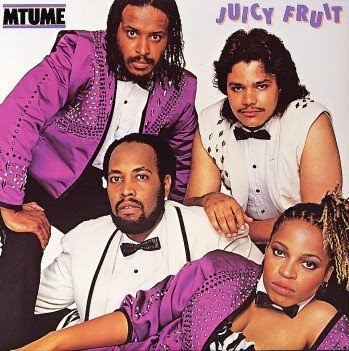 So last week I put the soul shine spotlight on the legendary “Heath Brothers” who are one of the first families of jazz so I thought it would be appropriate to stay in the same lane of family and music.
James Mtume is one of the best examples of genetics in music,he is the son of jazz saxophonist Jimmy Heath(see “The Heath Brothers” from the previous soul shine)and a musical genius who’s sound has touched just about every genre you could possibly think of.
Maybe you might recognize his name or the his group but you have heard his influence before. James Mtume’s group emerged in 1973 on the Third Street record label where they record 3 albums on,It’s group consisted of James Mtume(percussion),Tawatha Agee,Raymond Jackson,Phillip Field,Ed Moore,And Leslie Ming.Over the course of their time together as a group they not only released music of their own but they also released music for Stephanie Mills,Roberta Flack,Lou Rawls,Phylis Hyman, and Donny Hathaway.In 1982 they released their most successful album “Juicy Fruit” which spawned their biggest hit single named after the album.(see The Notorious B.I.G:Juicy and Keyshia Cole’s:Let it go,Ect)
After “Juicy Fruit” the group went on to have subpar success and Mtume disbanded while it’s founder James Mtume went on to pursue his own musical endeavors. Not very much is known of the endeavors of the other former members after the group disbanded but James Mtume has had success in producing for other artists as well working on television themes.

Do the knowledge on Mtume….If There was no Mtume there would be no big Biggie.

Posted by DJMONTYWITHTHEDOPESOUNDINYOURTOWN at 8:10 PM