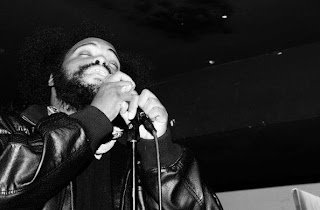 Big Duff's latest project "Radio",Weighing in at 5 songs deep(3 studio tracks and 2 songs that were recorded during a performance)
Duff accomplishes with a handful of music what most artists fail to with a full length album,His project is all music and message with no filler.
Radio is new school soul mixed with personal themes that tend to go unnoticed these days.

Big duff has the soul of Willie Hutch,the knowledge of Cee-lo green,and the smoothness of Nate Dogg

His ability to sing about issues without watering down the subject matter down,This is something that will help him continue to stand the test of time.


Radio:
For anyone who is frustrated with the current state of popular music this song is for you.Big duff paints a picture of the lack of backbone in regards to "big time" radio station programmers.
Make sure you check out the video link below.


Lil' thug:
This song is where Big Duff is home at,He gets his point across with subject matter that he knowledgeable of and he does not come off preachy.
Sometimes you gotta sneak the soul into the serious to get it done and Big Duff does it well.

Who's Laughing now:
Behind a soundscape canvas painted behind dmv producer Slimkat78 Big Duff sings about having things and not having things,Insecurities,Love,and success.
With some help from Uptown X.O. on the mic to verbalize the topic,Another example of why Big Duff is not afraid to handle any subject through song.


Posted by DJMONTYWITHTHEDOPESOUNDINYOURTOWN at 3:15 PM