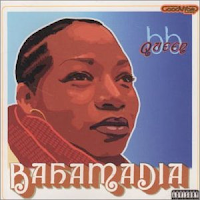 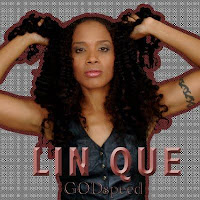 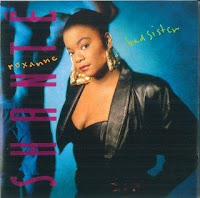 GO LADIES PART 1
For the last couple of months there has been something that has been been wrestling,bothering,and shaking me down to the core of my consciousness and at the same time has left me helpless as a little baby and has me asking myself what's a man to do?This thing that I am talking about is the lack of female representation in alsmost all aspects of hip hop music.Before I start though let's dig a little deeper,Hip hop is not the only platform where the female status quo is absent.If we do our research and look across the board from Rock,Reggae,Heavy Metal,And many more other genres we find the same problem.

Now there are some exceptions to this possibly in gospel music the female to male ratio almost neck and neck but for the most part the music game is run by males and dominated by males.Let's continue to look a little deeper shall we?Movies,Television,Politics,Even Comic Books are predominatly filled with male characters and male actors.To get to the the root of this issue there is a sensitive wound/scab that I don't think too many people are willing to pull back and confront.in the beginning of this blog i focused on the lack of female representation in hip hop music, I did this for a myriad reasons and here they are....

1. MOST HIP HOP MUSIC EXUDES A VERY ALPHA MALE MACHO VIBE THAT DISPLAYS LITTLE TO NONE POSITIVE FEMALE INFLUENCE,IT'S ALMOST AS IF MOST MALE RAPPERS FORGOT THAT THEY WERE BROUGHT INTO THIS WORLD BY MOTHERS WHO JUST SO HAPPEN TO BE FEMALES.(BUT ON THE REAL THOUGH SHOUT OUT TO THE FATHERS.)

2.HIP HOP MUSIC IS SOMETHING THAT IS CLOSE TO MY HEART....I GREW UP LISTENING TO IT AND WATCHING IT SO IT'S SOMETHING THAT I TAKE PRIDE IN AND CARE ALTHOUGH I DO NOT AGREE WITH EVERYTHING THAT GOES ON WITHIN THE CULTURE.

3.THE EMERGENCE OF HIP HOP,MUCH LIKE POLITICS WAS DONE VIA GRASSROOTS.IT STARTED FROM THE CONCRETE WITH NOTHING AND NOW IT SOMETHING THAT IS VERY DOMINANT AND MAINSTREAM.AT THE SAME TIME THERE HAD TO BE FEMALES THAT HELP WITH THE CONSTRUCTION OF THE CULTURE,WHAT ABOUT THEM?WE HEAR NOTHING ABOUT THEM!

In writing this I must admit that I have a wife who is a femcee(a female mc)and in my union with her i share her pain and concerns regarding this matter.We have had conversations both heated and agreeable where we realistacally lay the issue out on the table.but before i married my wife there was still that feeling of unfairness within the genre.I am a fan of hip hop and I am also a dj so i guess I have an extra interest in any artist male or female because i am nerd for music,But I have a special soft spot for mcs like Rah digga,Bahamadia,Mc Lyte,Queen latifah,The Conscious Daughters,Emperess,and many more not based off any thing but talent.This handful of femcees not weigh anything against the bulk of femcees who never got a chance to heard just beacause they are females who are trying to bust in to the boys club which we so lovingly call hip hop.This group of ladies needs to be heard just like anyone else and should not be bombarded with sexist propaganda that has nothing to do with music.Another thing that came to mind while writing this was the seperation in the rewards and awards shows relating to music.

Why are female and male categories seperated and split down the middle?isn't a female mc just as a talented as a mc and vice versa?In seperating female mcs and grouping them into a category their own we run the risk of displaying a sort of musical segregation instead of looking at talent for it truly is....pure,raw,unapologetic and healing.

None of these attributes i just listed are neither female or male.It should also not be taken as a misunderstanding that I am male bashing those males in hip hop because I believe that the blames falls on both sides of the table.I am merely opening a dialogue to a conversation about this issue that plagues us.Take the time and look around you and see if you relate and agree to the with my statements regarding the lack of female representation not only in music but life in general.I am not trying to change the world but i do want to talk about it.


Posted by DJMONTYWITHTHEDOPESOUNDINYOURTOWN at 8:19 AM